Multimedia Journalist living in Washington, D.C. with a passion for sports, politics, and the news. Proficient in Adobe Premier, Final Cut Pro, and Adobe Audition.

Pressure of the Youth Vote 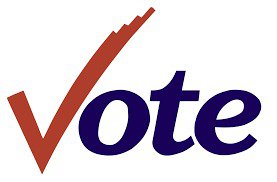 WASHINGTON, DC. – The youth vote is a primary target for the 2016 presidential candidates, but are they informed enough to influence a decision so potent to the future of America?

The impact of the 2016 elections transcends the classroom into the every day lives of the average college student in the United States.

Sam Hickey, an International relations and physics major at American University, believes this is the case. “There is a lot of misinformation out there, especially directed at young people and especially because there is a certain amount of added pressure on college students to support certain candidates.”

Sam, like many other university students across the United States, is a compositional factor in the youth vote demographic of 18 to 24 year olds. This youth vote seems to be heavily sought after, but the question remains as to why.

The youth vote tends to compose the lowest percentage of the primary and general election during presidential races, and according to the Census Bureau’s 2012 election analysis, “America’s voters have moved towards less engagement over time, as 18- through 24-year-olds’ voting rates dropped from 50.9 percent in 1964 to 38.0 percent in 2012.”

Matthew Wright, a public opinion and American politics professor at American University, believes that the target of the youth vote depends on the candidate, “Someone like Sanders has an obvious reason to target them since they are a core constituency of his. It’s less clear that somebody like, say, Ted Cruz has an incentive to target youth per se.”

While the constituency of the millennial generation might be a concern of particular candidates, it’s still a heavy topic on college campuses across America. Students are feeling the pressure from their peers to swing a vote one-way or the other.

“It's a moral issue”, says Sam, “I think it has a bit to do with privilege. When young people don't know enough about politics they can fall into the most liberal camp because it's safe and acceptable.”

This added pressure isn’t just a testament of the political environment on campuses in Washington, DC. Students stretching from Connecticut to California have felt this stress as well.

Kevin Sullivan, a history major at Yale University, thinks that the pressure isn’t just on which candidate to choose, but which party to support too. “It seems that Hillary supporters are just hushed up quite a bit, and if you express even slightly Republican values you get shut down.”

Jacob Ellenhorn, a communications major at USC and a registered republican, sees this backlash as well. “Students who support Donald Trump are afraid to come out. When supporting a socialist becomes more acceptable than supporting an open conservative we have a problem.”